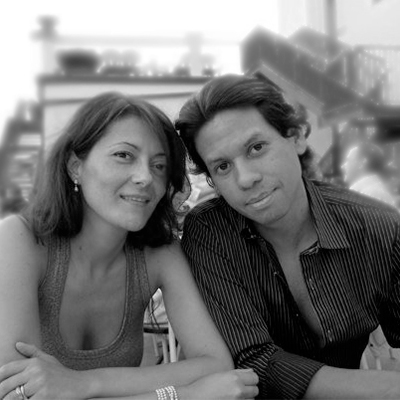 Damián Boggio was born in Buenos Aires, Argentina, in 1972.
His parents and his grandparents were “tangueros”.He works professionally with the tango since 1999. He started playing music in Buenos Aires ́s best milongas between 2000 and 2010 (“Salón Canning”, “La Nacional”, “El Beso”, “Porteño y Bailarín”, “CITA”, “La Noche de Gavito”), learning from the great and passionate porteño (born in, belonging or related to Buenos Aires) dancers, Kwon as “old milongueros” (old milonga dancers), who frequented their “tango, friends and drinks nights”. In this way, he was able to access the dance classes of these historic dancers, whom he frequented almost every night, for more than 10 years.
Between 2006 and 2010 he organizes his “Mina Milonga”, in Salón Canning, every Tuesday, presenting the best dancers and orchestras live.
From 2004 he travels to Europe, proposing his distinctive (unmistakable) music playing style. Up to date, he has played music in Italy, Germany, UK, France, Portugal, Spain, Switzerland, Romany, Bulgaria, Turkey, Russia, Ukraine, Poland, Luxemburg and Holland.
In 2006 he starts organizing courses for those wanting to be tango DJs, and tango history and culture lessons in which many of the present well-known tangoes DJs learned their trade.
In 2008 he is the first tango DJ to play music in Asia (Corea, Japan, Taiwan, Hong Kong, Singapore, Vietnam), also giving his highly appreciated courses.
In 2009 he creates his “La Típica Mina” orchestra, with which he tours around Italy. In 2011 the group returns to Europe as a duo (piano and bandoneón). His interest is focused on promoting the original tango music.
Today he does so in his tour “EL DISCO ES CULTURA 2018” (“Record is Culture 2018”), around Argentina, Europe, and Asia, as he has been doing during the last years. To achieve his goal he uses the old vinyl records that belonged to his parents and grandparents, the same he used at the beginning of his career, back in 1999, in Buenos Aires.
Nowadays he is the only one to play tango music using vinyl records, carrying them along all around the world. This has inspired many tangoes DJs to perform likewise, thus bringing back to life the interest in the original old records.
Tango Teacher – FUA Florence University of the Arts (2019)
Tango Teacher – Dance Florence Center – Firenze (2018 – Present)